Vegan Bulgogi Burger in And You Cafe – 앤드유 카페 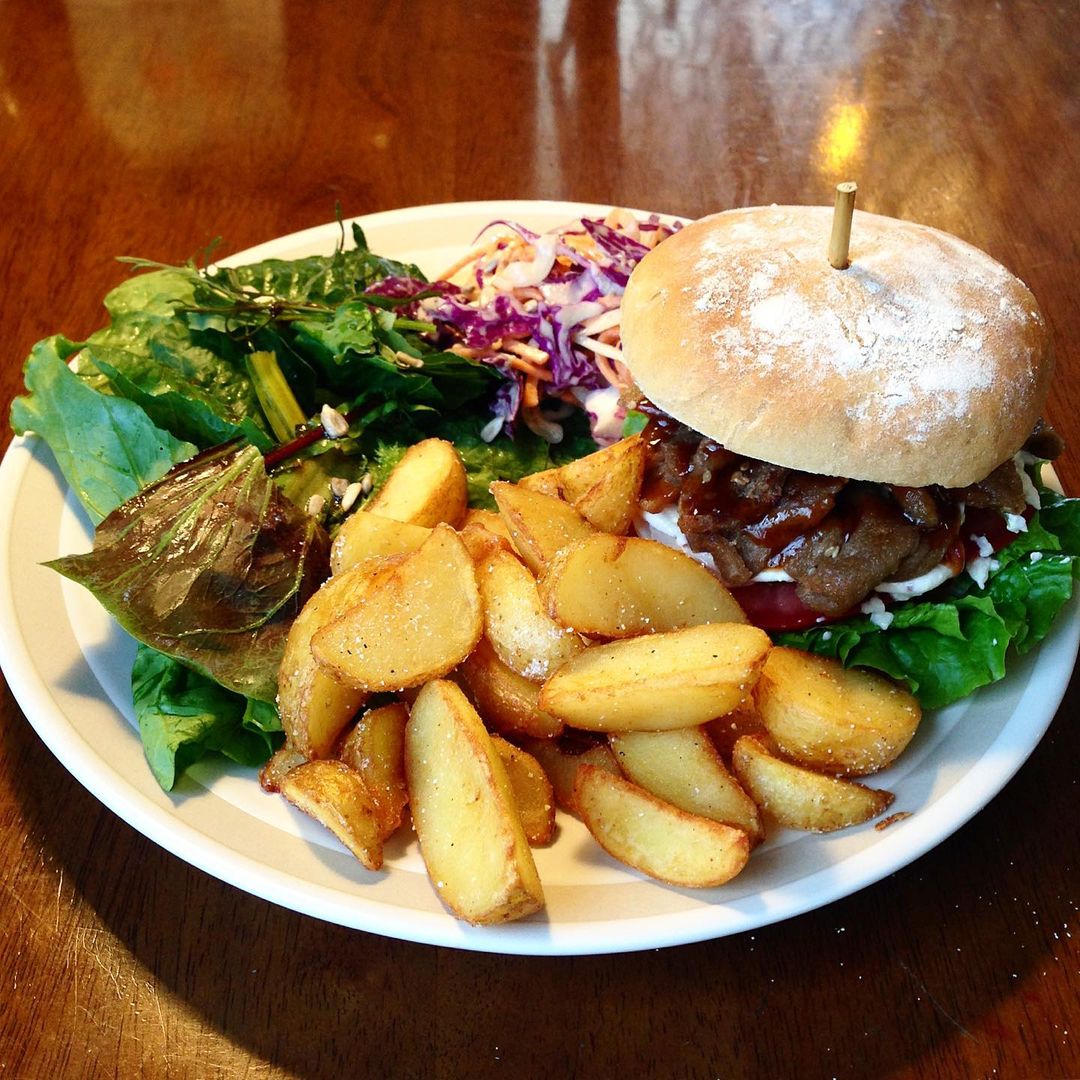 I’ve had a summer holiday by myself in Jeju island in 2019 for a week. Before I left from Seoul I’d asked some vegan friends what and where to eat in Jeju island. And most of friends who have been to Jeju island mentioned this cafe which is called ‘And You Cafe’ so it was on my list! And I made it 😉🌱

The one I decided to eat was ‘Vegan Bulgogi burger’ I also added salad and wedges (I’ve walked almost 12km the day so I thought I deserved big tasty dinner!)

Bulgogi is one of the well-known Korean dishes which is usually made of meat (beef or fork) marinated with sweet, salty sauce and vegetables. .
I onetime made this dish with firm tofu and really wanted try this cafe’s vegan Bulgogi burger! And it was OMG soooo good…🤤 They used vegan seitan marinated with delicious bulgogi sauce, jalapeños and fresh vegetables and a organic brown bun 🙈

I ended up went ‘And You cafe’ again and had the same burger twice. The cafe staffs were so friendly so although I was on my own, I could have lovely chat with them and another customer, too 😌🙏

I was really happy that this was my first vegan restaurant experience in Korea and found that many people make effort to let people know there are so many nice vegan foods out there in their ways.

If you have a plan to visit Jeju island, enjoy the beautiful nature, of course, and also get some extra lovely experience at ‘And You cafe’ 🍔💛