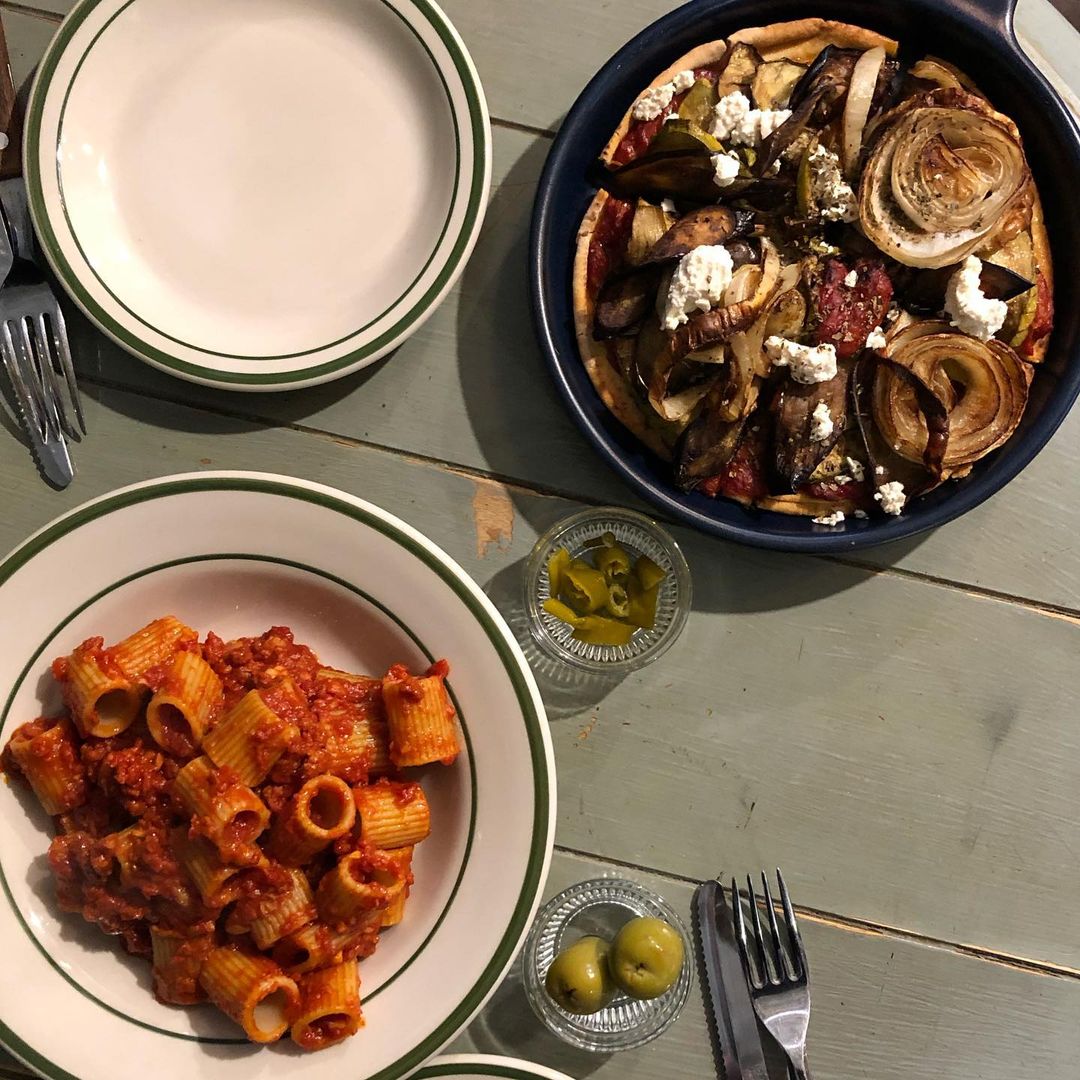 Hello dear friends! Have anyone tried to traditional Quebec food? Today I did! 🙆🏽‍♀️

First time when I heard that there’s French Canadian vegan cafe I found that I had absolutely no idea about Canadian foods 🤨 So I had to go and see what is like. ‘Chezvalerie’ is near Mangwon and Hapjeong station. It’s very small but very cozy and earthy inside. They said the cafe interior was inspired by their Canadian grandpa who lives in Quebec.

Canada is a special country to me 🇨🇦 Because before I went to England I’d applied for the working holiday visa to Canada. But for some reason I couldn’t get the visa and ‘ve ended up been to the UK and met my husband 🥰

Anyway, the name of foods were very unfamiliar to me. We ordered ‘Candiac Pizza’, ‘Vegan meat sauce whole wheat rigatoni’ and ‘Poutine’. When the food were served I found that ‘Rigatoni’ was a kind of pastas and poutine is french fries and mushroom gravy.

I really liked the combination of the foods we ordered. I recommend to go this cafe with your friends or family so that you can try more diverse menus like us! Visiting ‘Chezvalerie’ inspired me to try more variety of vegan foods in the world ☺️ Unfortunately we was too full to try their desserts such as maple pecan pie but next time when we come back we’ll definitely try the lovely Quebec dessert and drinks, too 🥧💛