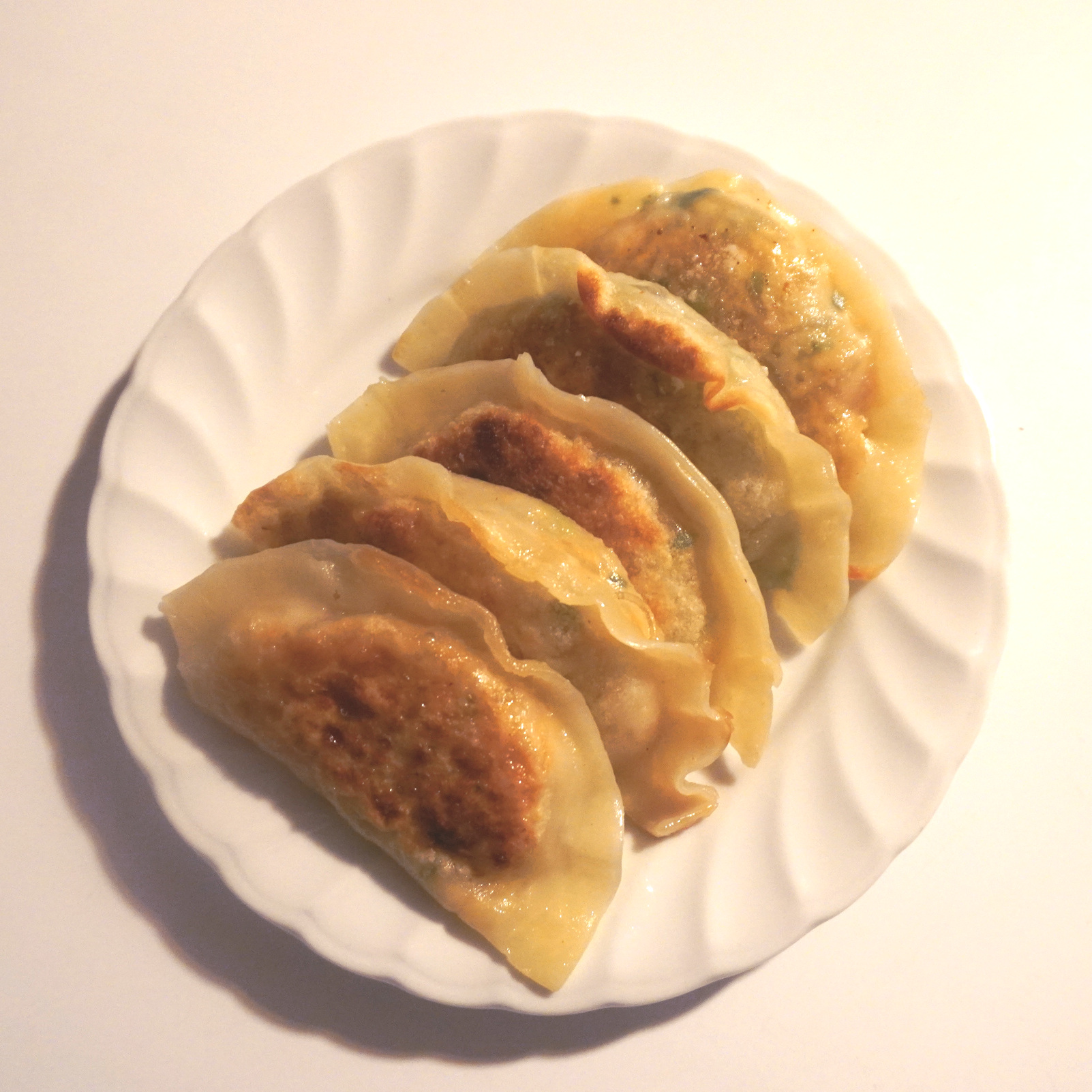 My Childhood Memory with Dumpling

One of the oldest memory I have in my childhood is making dumplings with my mum and relatives all together in a Korean New Year. I was inspired to make animal-shaped dumplings such as a rabbit 🐰. The reason why this memory was so special to me was that dumpling was one of the rare foods that children were allowed to cook together with adults, and whenever I showed off how pretty my dumpling was, all of the adults burst into laughter and praised me.

Back then we made dumplings from very scratch. The “scratch” means the flour dough. We made the flour dough with salty water and flatten it very thinly. Then with a rice bowl turned upside down, and we pressed it on the flattened dough to make round-shaped dumpling wrapper. These days you can easily buy the dumpling wrapper from the shops.

Dumpling is called Mandu(만두) in Korean. Mandu is a food made of flour or buckwheat flour dough, filled with stuffed tofu, kimchi, glass noodles, meat etc. Dumpling is found in many worldwide cuisines. For example in some countries of East Aisa dumpling exists as different name and slightly different recipes like “Mandu(만두)” in South Korea, “Jiaozi(餃子)“ in China, “Gyoza(ギョーザ)” in Japan.

In South Korea, Mandu used to be a festive food. Especially for New Year, family and relatives used to make dumplings together and cook the rice cake soup with the dumplings. Some regions have dumpling soup for the New Year instead of rice cake soup. But these days, you can easily find pre-made frozen dumplings in almost every shop in South Korea.

Welcome to a Dumpling factory! 🧔‍♂️🥟

Since I married Justin, he found out that he got a new job at a dumpling factory. My parents don’t speak English well and Justin is also a beginner at Korean. So whenever we visit my parent’s house they speak to each other with my translation. And sometimes it is quite challenging for me. So we often do some activities we can do together without too much talking such as playing a board game, going for a walk, watching films, cooking and…… making dumplings! So we have made dumplings a couple of times already. And once we make dumplings we usually make a pile of them. After 2 years of living in South Korea, Justin has become such an expert at making dumplings. 🙂

Although it is very easy to find dumpling shops in South Korea, vegan dumplings are rarely available, only in vegan restaurants or some online shops. So I decided to challenge myself to make vegan dumplings on my own. Why not? 🙂

How to cook dumpling?

Dumplings can be cooked in a variety of ways. My favourite way is frying. In an oiled pan, add some dumplings and fry until each side change its colour to golden. And before turning off the heat, add half a cup of water carefully and close the lid and fry it until the water is gone. Then the outside of the dumpling will be very crispy and the inside will be very soft.

You can also steam the dumplings for about 20 minutes, cooking as a dumpling soup, or whatever you fancy.

My plan was to make quite a decent amount of dumplings for two people. But we ended up making about 60 dumplings. So I freeze two-third of them in the freezer for the future. And kept the rest for eating quite soon. If you want to make a decent amount you can adjust the number and amount of ingredients as half of what I have done. But if you make a dumpling with your family or friends it would not be too much and, in fact, you might find it is not enough! 🥟🧡

Okay, shall we start?