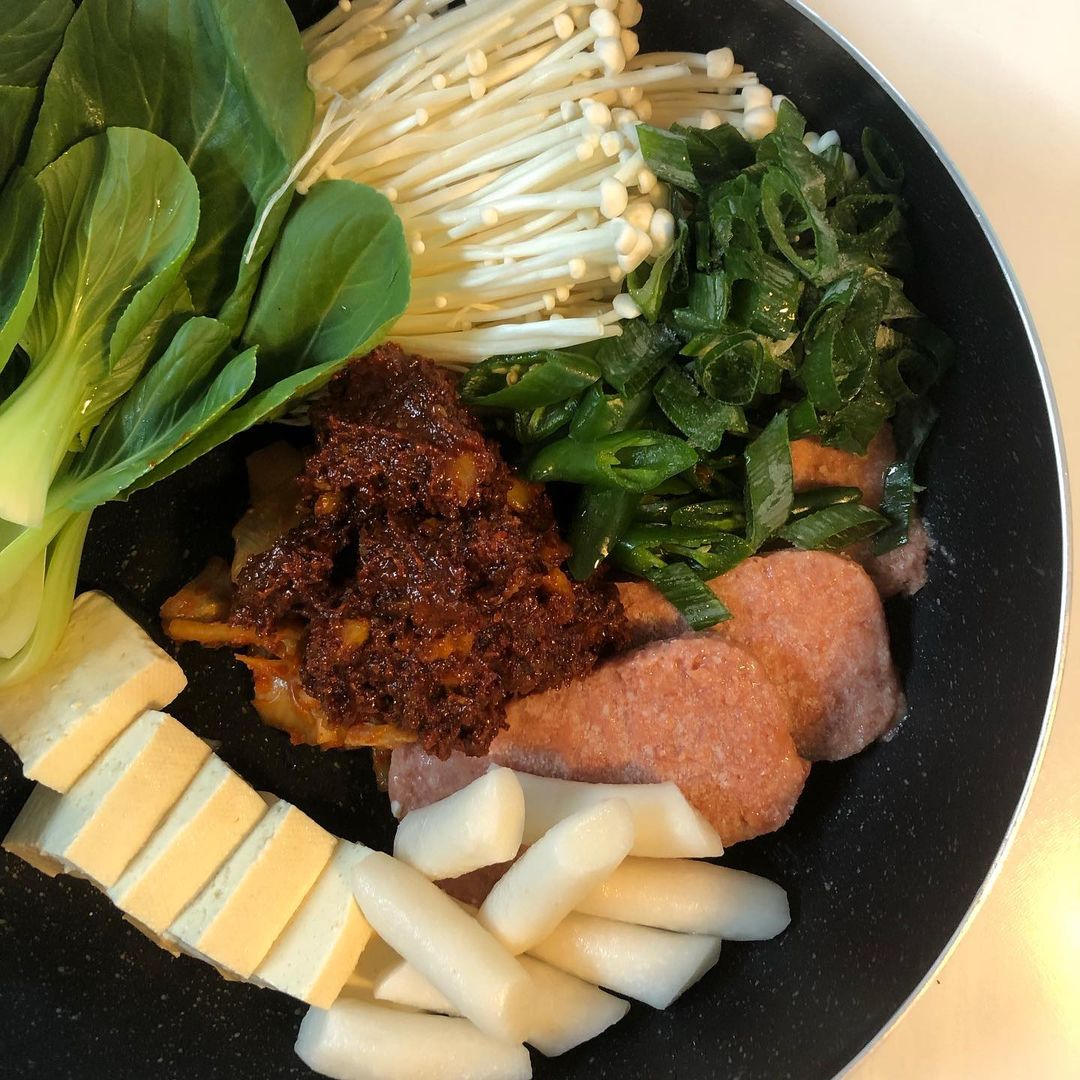 “Budae-jjigae(Vegan Korean Army Base Stew)” is a fusion style stew that is cooked with loads of American style processed foods and Korean sauces and ingredients. We often cook this hot pot dish on a portable burner and share the food at the dining table. In this way, you can enjoy Budae-jjigae warm until the last minute with your family or friends. Budae-jjigae is very satisfying and delicious. Also surprisingly easy to make (You just need to chop and slice some ingredients, that is it!).

Why is Army Base Stew?

“Budae” in its name means Army base in Korean. The reason why this dish has such a strange name is deeply related to Korean history. Soon after the Korean war when food was extremely scarce in Korea, people cooked this hot pot dish with the ingredients that could get from U.S. military base. They cooked the processed foods from the military base with some Korean ingredients they had such as kimchi, gochujang(Korean chilli paste) and so on. many popular Budae-jjigae restaurants are mostly located near the US military base areas in Korea like ‘Uijeong-bu’. And still, this food is loved by many Korean.

We cook “Budae-jjigae” usually with many types of processed foods such as sausages, minced porks and spam and so on. So I have not really thought about cooking this food as a vegan. But recently I found a vegan meat alternatives company, “Omnipork”. I used “Omnipork Luncheon” which is vegan and contains 0mg cholesterol, is rich in protein and provides dietary fibre, potassium and calcium. (Click here if you want to see more detail about Omnipork ) I was very excited about the fact that I could finally be able to make this vegan Budae-jjigae. “Omnipork Luncheon” did a perfect job for my vegan “Budae-jjigae”, just like the original food.

So if you’d like to try this vegan Budae-jjigae (Vegan Korean Army Base Stew), here’s my recipe for you 🧑🏽‍🍳🤍